You are here: Home / Food & Cooking / Do You Need to Refrigerate Mayonnaise? 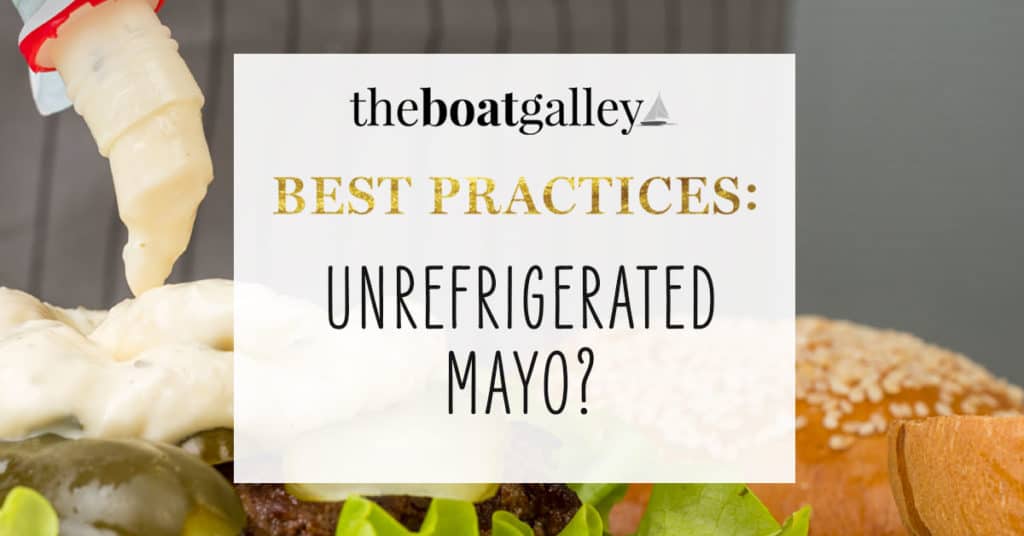 I don’t refrigerate mayonnaise or Miracle Whip. Shocking, but true. And we haven’t died.

I’ve written before about having a tiny refrigerator aboard Barefoot Gal. And so I don’t refrigerate anything that I don’t have to. And that includes mayonnaise.

Most Americans – and, as far as I know, Canadians – are used to hearing that mayonnaise must be refrigerated or you’ll get a nasty case of food poisoning.

And yes, that’s the FDA’s position.

But many cruisers don’t refrigerate mayonnaise/Miracle Whip, instead using the “clean spoon rule.” Basically, you absolutely never, ever put anything other than a perfectly clean spoon in the jar of mayo. No wiping a knife on a slice of bread then putting it back in the jar for a second dip. No using the spoon you used to first scoop the tuna out of the can. And no using a knife that you just sort of wiped off on a rag. It has to be clean.

While we don’t refrigerate the mayonnaise container, we still do refrigerate any dishes made with mayonnaise such as potato salad since in those the mayo has come in contact with other foods and is “contaminated.” Well, not really contaminated . . . but mixed with other things which might have bacteria that would grow in the mayo.

Since the “clean spoon” or squeeze bottle rule is contrary to all the government recommendations, you do this at your own risk. And when I had a much larger refrigerator aboard our previous boat, I did refrigerate mayonnaise. But I don’t anymore – I just don’t have room. And I know numerous other cruisers that also don’t refrigerate their mayo.

If You Rarely Use Mayo

If you only occasionally use small amounts of mayonnaise and don’t want to tempt fate by not refrigerating open containers, you can buy individual packets of mayonnaise and Miracle Whip at many supermarkets and sometimes from fast-food restaurants. They tend to be expensive online, but if you can’t find them elsewhere Amazon does carry them:

This article was originally written in December 2014. It was most recently expanded and republished in April 2020.

821 Shares
Some links above (including all Amazon links) are affiliate links, meaning that I earn from qualifying purchases. Learn more.