You are here: Home / Food & Cooking / Storing Veggies without Refrigeration

Even if your boat has refrigeration, storing some of your vegetables outside the refrigerator helps considerably with the problem of “my refrigerator’s not large enough!”  And if you don’t have a refrigerator, well, you have to store them otherwise.

The good news is that with a bit of care, many vegetables can be stored anywhere from a week to a month or sometimes even more.  No, not everything will last that long—but enough will that you can still have some fresh veggies to mix with the canned!

Buying Vegetables That Will Be Stored Without Refrigeration

Having veggies last a reasonable amount of time without refrigeration actually begins with how you choose the vegetables in the first place.  This is probably the most important part of the process and the one usually overlooked.  I’ve learned my lesson the hard way—you simply can’t go into the grocery store, walk to the produce section, grab the first thing you see and expect to be able to keep it for any length of time without refrigeration.

To wash, or not to wash your vegetables when you bring them home?  You’ll find cruisers who are adamantly in both camps.  The argument for washing is to get any critters off before they cause damage or infest other food, and also to have food ready to use when you want it.  The argument against it is that produce lasts longest with the least handling and left in the dirt it was pulled from.  Both sides have merit.

In general, I wash my veggies whether I’m putting them into the refrigerator or into gear hammocks.  Even at farmer’s markets, I’ve rarely found produce that hasn’t been washed at least once, so it’s not in its own dirt.  BUT if you wash it, you have to get it totally dry before storing it.  If they are not dry when you put them away, even in ventilated bins or gear hammocks, it won’t totally dry if put in damp—it will just start to rot.

And as you put things away—specifics on this below—double check each item to make sure it’s in good condition.  I usually find an item or two that need to be eaten right away, which can be worked into the dinner menu.

The Basics of Storing Vegetables without Refrigeration

Storage areas need to be well-ventilated, dry and as dark as possible.  Bins need to be something that can be easily washed— plastic works the best as you can use bleach on it and it dries quickly.  Wire baskets and gear hammocks cause “pressure points” that will bruise, so these need to be well padded.  That said, gear hammocks are generally good for storing veggies if they can be hung in locations where they won’t bump into anything in rough seas, but will just swing unencumbered.

Additionally, the bins and other storage containers need to be located where you can see into them to check on the produce daily.  If you see something that’s bruised, put it on the dinner menu.  Anything that you missed and is now rotting or molding needs to be thrown out immediately—and the container wiped out with bleach.

In general, I don’t store non-refrigerated produce in plastic bags—they simply trap any moisture and the food rots.  I’ve tried the “green bags” and had the same results.

Fresh garlic. Do NOT put in plastic.  Will last a month or more.

Onions. Store in a dark, dry area to keep them from sprouting.  Do not store onions and potatoes together as the potatoes will sprout.

Potatoes. See my article on Storing Potatoes—store both white potatoes and sweet potatoes the same way.

Cabbage. Keep cool.  Cabbage will last several weeks as long as you protect it from bruising too much.  Lettuce does not keep well, so cabbage becomes the “salad staple” for cruisers.

Tomatoes. Buy them in varying stages of ripeness to greenness.  Either store them in a dark place or wrap with paper towels or newspaper or stick them in tube socks—they need darkness to ripen.  Unwrap when ripe and use within two days (by buying in various stages, you can have a supply for two weeks or more).

Avocados. They are fairly susceptible to bruising.  The best I found to store them was to put them in tube socks, then in a gear hammock on top of “sturdy” produce such as potatoes or onions.  If you buy them in varying stages of ripeness—with some still rock-hard—you can enjoy them over a week or more.

Carrots and celery. Wrap in aluminum foil, but don’t totally seal the packet, leave little openings at the end for moisture to escape (otherwise, they’ll just rot).  They may dry out some, so rejuvenate in water.  They’ll easily last one week, often 2 weeks or more.

Cucumbers and green peppers. Pad these well so they don’t bruise, and they will last at least a week; often two weeks.

Summer squash and zucchini. Small ones last much better than larger ones; they will last 10 days or sometimes longer.  If they are starting to wilt a bit, use them in a cooked dish instead of eating raw—you won’t notice that they’re not crisp.

Broccoli and cauliflower. These can both last a week, providing they’ve never been refrigerated.  For some reason, they seem to be really quick to spoil if they’ve ever been refrigerated and are then taken out of it.  Broccoli may get a little yellow and cauliflower may get some black spots—just cut both out.  And as with summer squash, if either is starting to wilt, use it in a cooked dish and it won’t be noticeable.

Lettuce. My experience with lettuce is that it is so susceptible to bruising, which then quickly causes rot, that it’s best to eat it within a day or two of buying it.

This article was originally written in May 2011. It was last updated in March 2020. 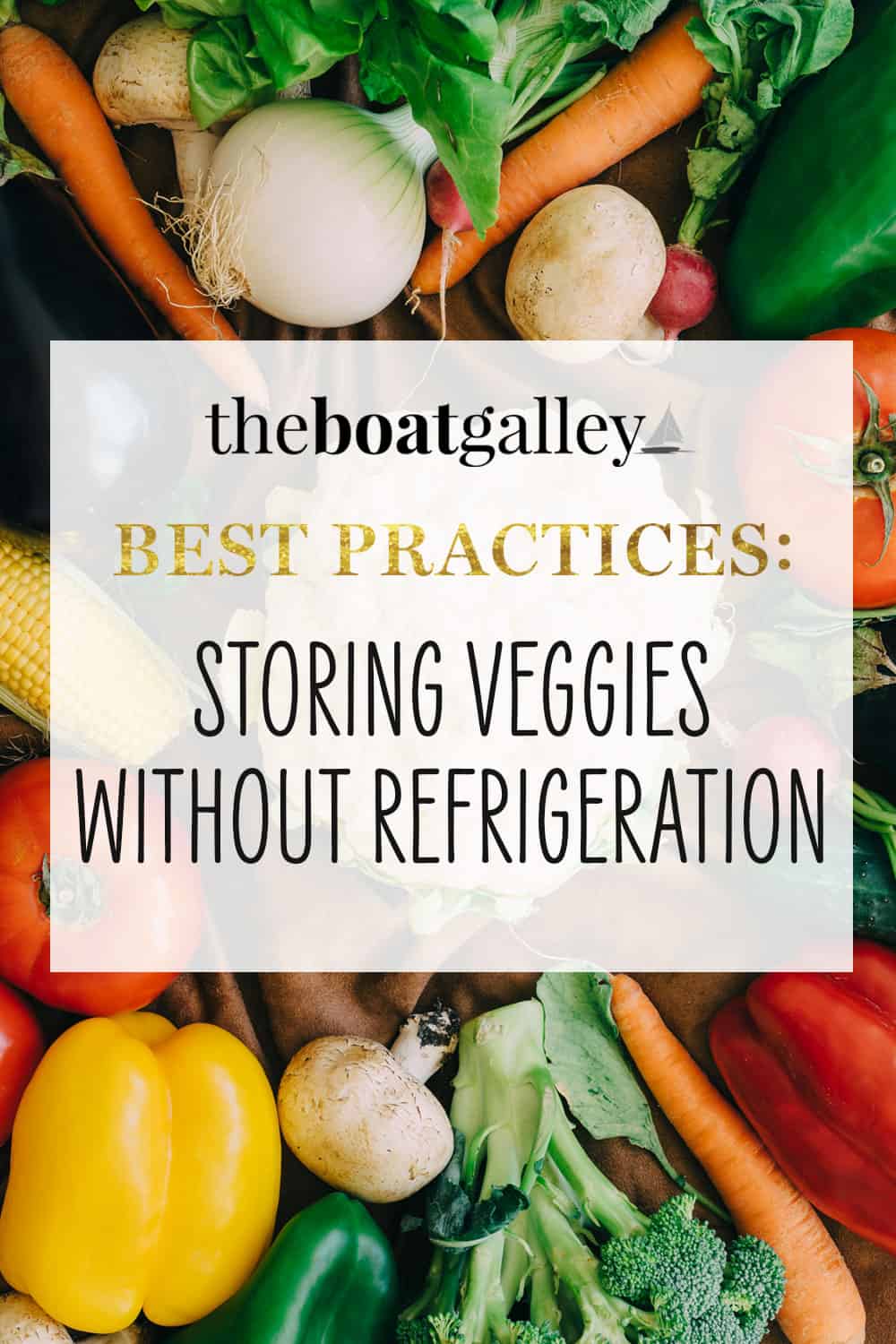 2.6K Shares
Some links above (including all Amazon links) are affiliate links, meaning that I earn from qualifying purchases. Learn more.

If your boat has been sitting for a while, you may need to polish your fuel. Here’s how with suggested tools to make it easier to accomplish DIY fuel polishing. [More] DIY Fuel Polishing 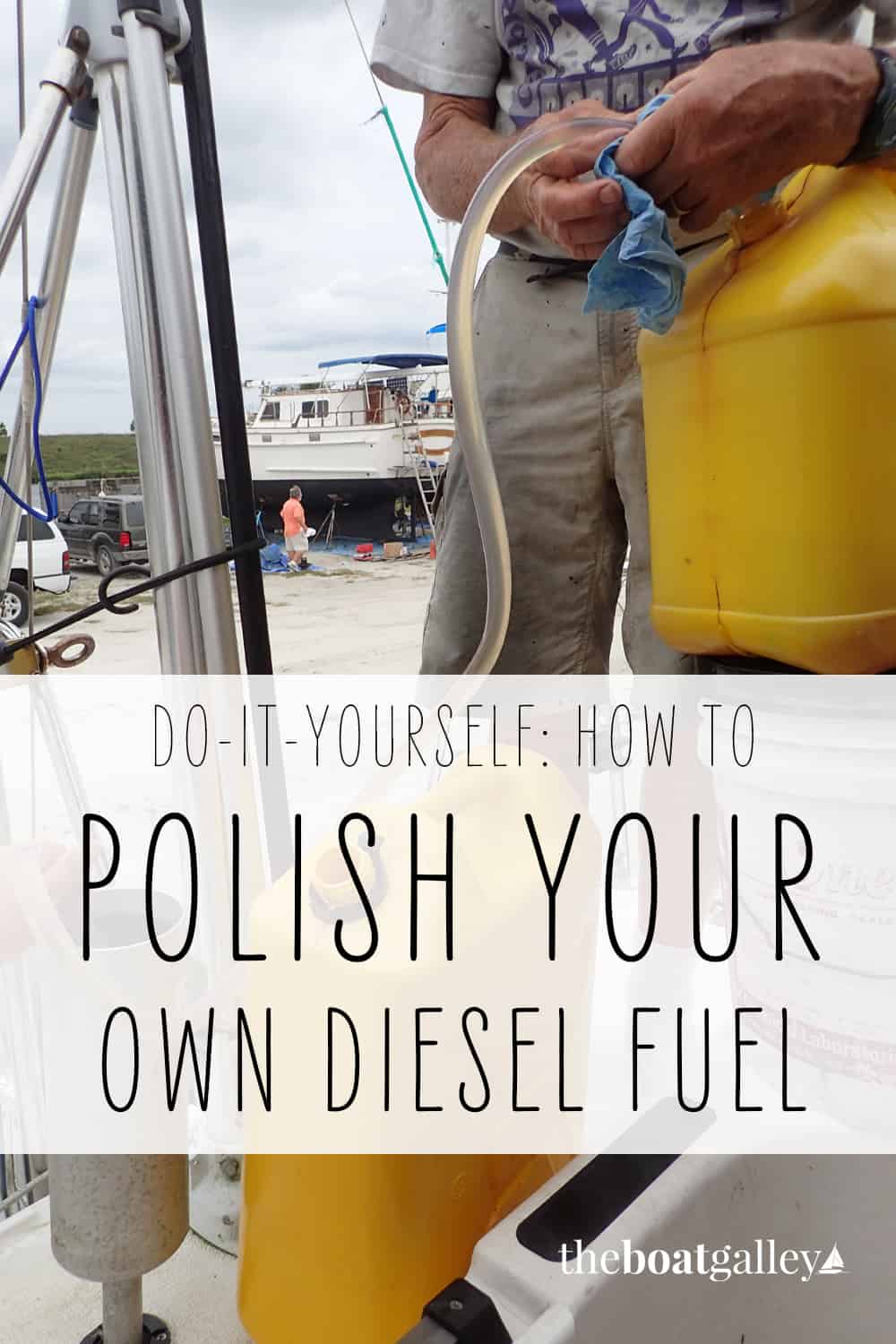 Is the cold staying where it belongs? In your boat fridge? Learn how to check for yourself.  [More] Check your Fridge Seals & Insulation 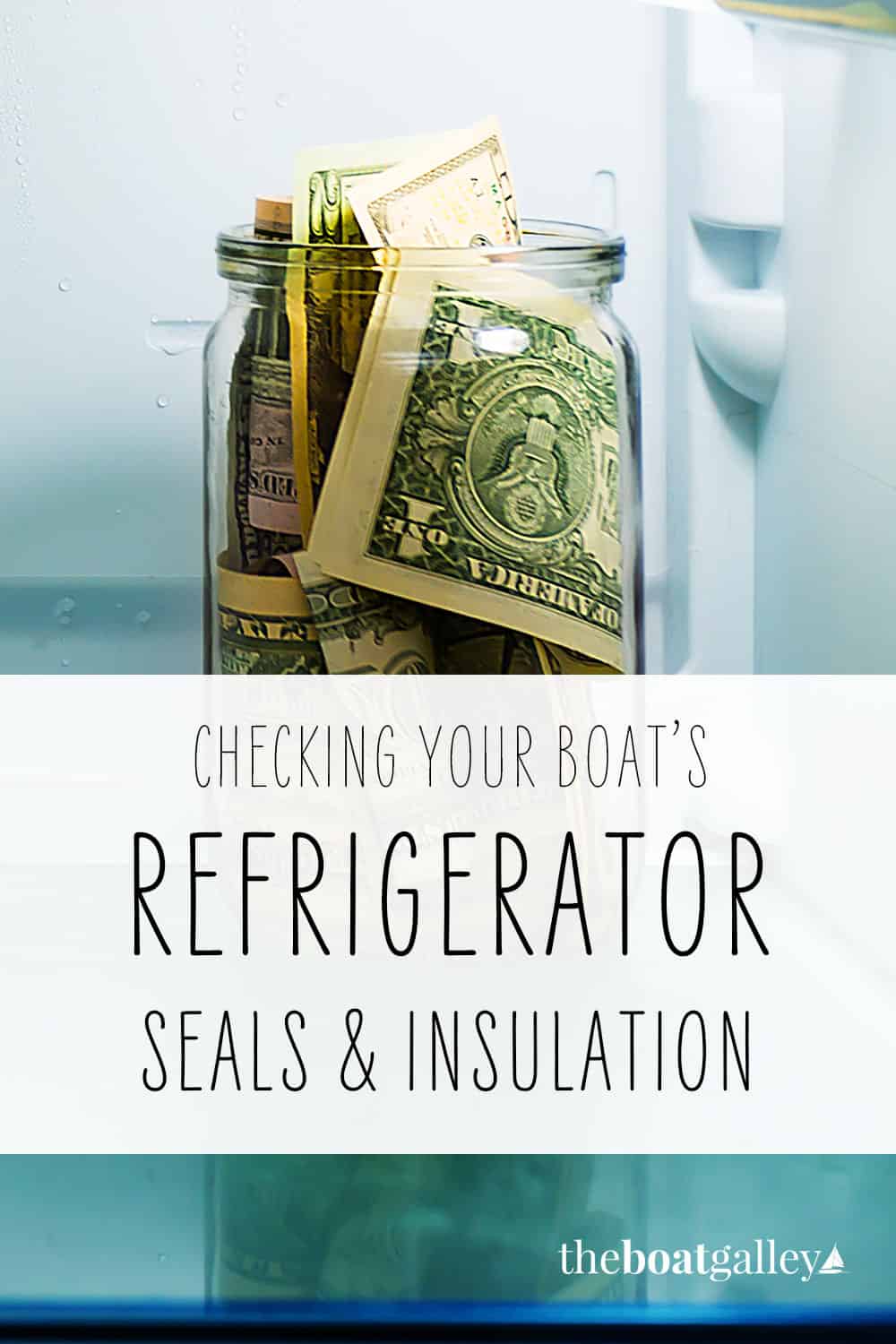 A brief overview of boat energy systems and how we settled on lithium batteries. [More] Deciding on Lithiums 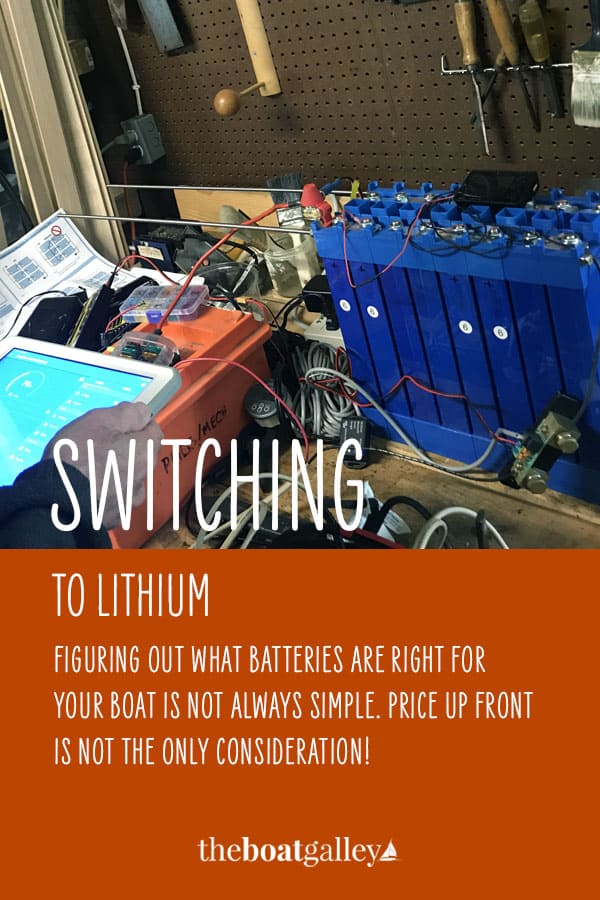