You are here: Home / Food & Cooking / Storing Canned Food on a Boat 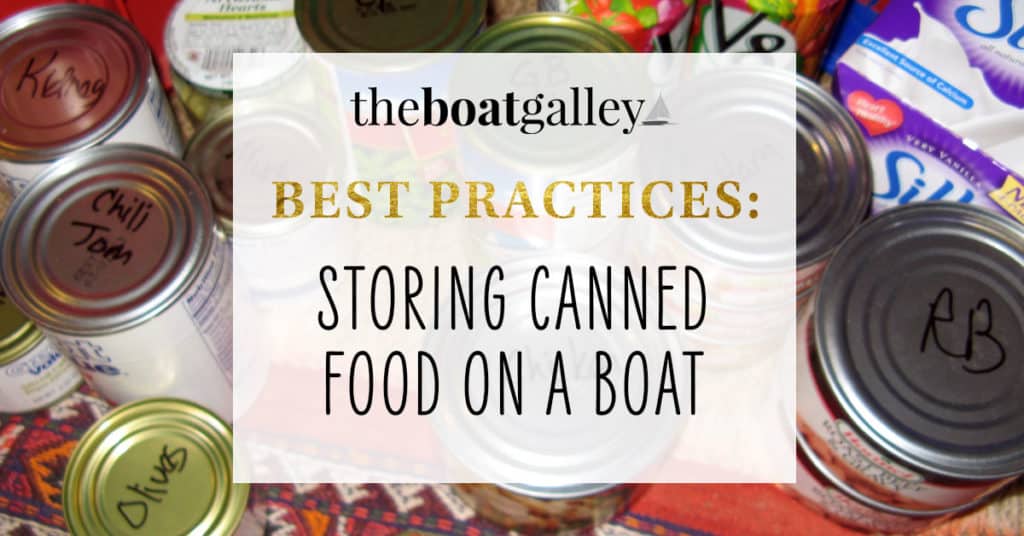 If you’re going to cruise for more than a week at a time, you’re likely to have a lot of canned goods aboard.  Dave and I always figured that if our refrigeration failed, we could still eat well if we had a decent stock of canned good aboard.  While we never have had a problem with the refrigerator, our stock of canned goods enabled us to go two to three weeks between provisioning runs.  And since we like snorkeling, hiking and fishing far better than schlepping groceries, this worked perfectly for us.   In most meals, I used a combination of fresh, canned and dried foods to add interest and variety.

So, you’re thinking, what’s there to know about stowing canned goods?

It’s not quite as simple as I thought when I did the first provisioning run for Que Tal.  I learned a few things the hard way.

To see my recommendations on bins, padding and other items mentioned here, see my article on Food Storage Supplies.  And be sure to check out Sami’s Can Pantry — a WONDERFUL way to use a very shallow space!