You are here: Home / Cruising & Chartering / How To Tie a Boat To a Mooring Ball

Most mooring balls have a pennant with an eye that you tie up to. And here in Boot Key Harbor (Marathon, FL) the marina staff is emphatic about teaching the right way to tie up to one!

The problem with doing it that way is that as the boat swings and moves in the wind and current, the dock line will quickly chafe on the eye . . . and pretty soon – at night when it’s blowing, of course – it’ll break. That’s actually worse than having an anchor drag – if your anchor drags, it slows your motion. If the line breaks, the boat moves downwind much faster.

How to Tie Your Boat to a Mooring Ball

The “much-less-chafe” way to tie up is to pass a line from each forward cleat through the eye and then back to the cleat it came from. This way, neither line saws back and forth on the eye.

Even if you don’t totally chafe through with one line going from side to side, it puts a lot more wear on your (expensive) dock lines. Using two lines is safer and less costly in the long run.

The other mooring fields that we’ve been at – whether on our boat or on charter – haven’t said much about the proper way to tie up. The charter companies in the BVIs didn’t tell us a thing. Last year, I was talking to one of the office staff here at BKH and she said that since they’d been making a point to tell people to use two lines – and why it’s better – they’ve had almost no boats break free.

TIP: When you first tie up to a mooring, don’t worry about getting both lines in place. Just do one. Then when it’s secure, you can do the other. Finally, adjust the length of both so they’re even (in BKH, they request that there is no more than four feet from your bow to the eye. This way, all boats swing in roughly the same way).

The Best Line to Use For Tying to a Mooring Ball

Three-strand nylon line is best for tying up to a mooring line as it provides a bit of stretch and hence shock absorption when gusts or waves hit the boat. My favorite is made by New England Ropes, as it is manufactured to have superior chafe resistance. You can buy it either as straight line or with an eye pre-spliced in one end. Read more about the best line.

Tying Up to a Mooring Ball for a Storm

To tie up to a mooring ball for a squall or tropical system, use three-strand lines with spliced eyes in one end (making a loop by tying a knot weakens the line far more than using a line with a spliced eye). Pass the eye through the pennant, then the free end of the line through the eye. Do this for both port and starboard and if there is sufficient room on the pennant, add a safety line that goes to a different attachment point on the boat.

Most mooring fields prohibit you from using an anchor in addition to the mooring or using any metal — shackles or chain — to attach to the mooring system as these will foul and chafe the mooring.

Before planning to use a mooring ball for a storm, check with the owner as to the inspection and maintenance schedule as well as the design. Helix mooring anchors that are inspected and repaired if necessary every four months or less are considered the gold standard.

Avoiding chafe at the pennant is only one part of the equation. You also need to protect your lines from chafe at the boat. The best chafe gear is fire hose, which you can get for free at most fire stations (they may give it to local marinas or the Coast Guard auxiliary, too). Rather than tying it to the line — which can stretch and the chafe gear end up in the wrong place — we tie it to the boat or cleat and then it stays where it is needed, regardless of how much the line stretches.

This article was originally written in December 2015 and was substantially updated and enlarged in February 2020. 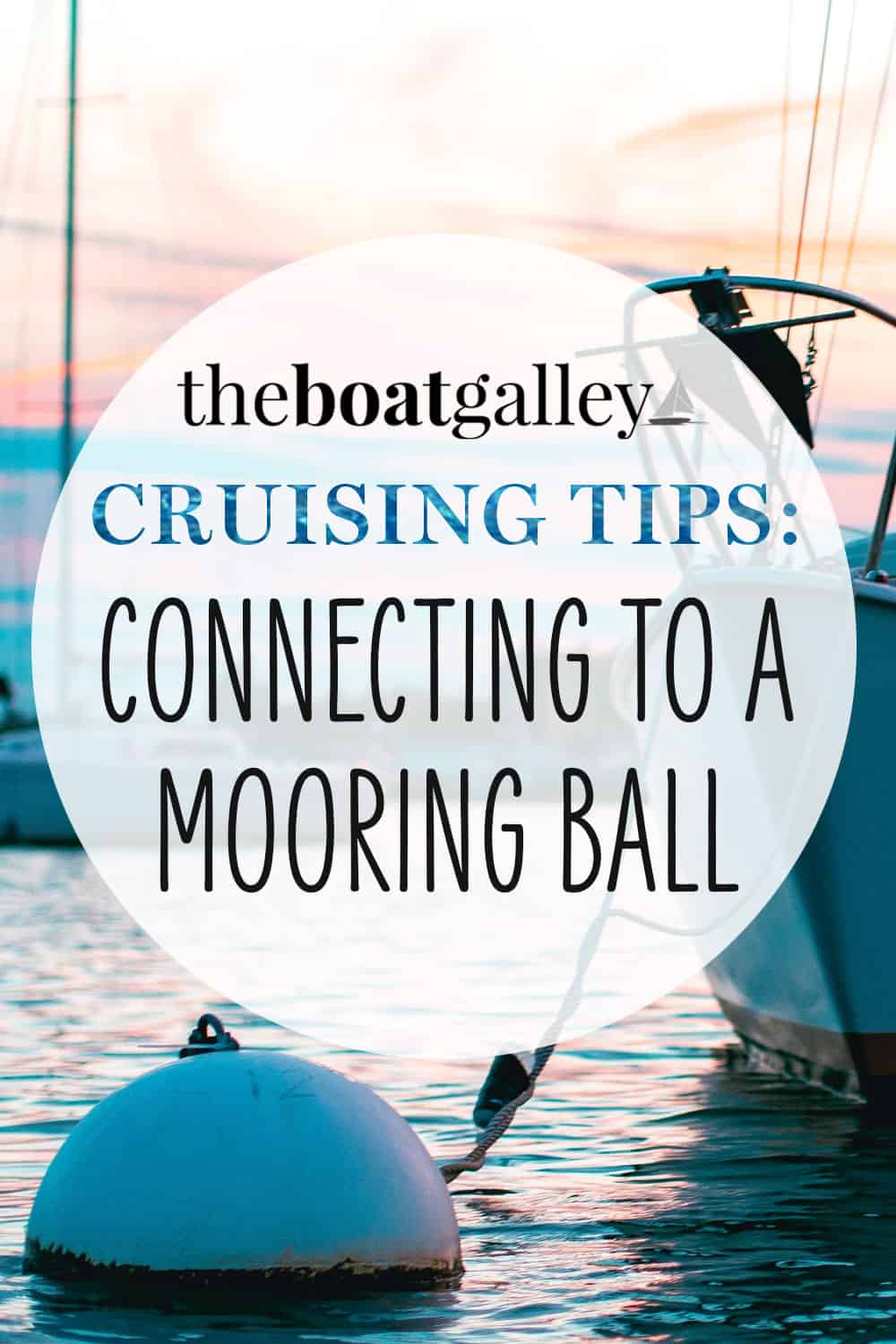 3.4K Shares
Some links above (including all Amazon links) are affiliate links, meaning that I earn from qualifying purchases. Learn more.

Have you bought a boat before learning to sail? Here are some ideas for gaining boating experience so you can insure your vessel for the best rate. [More] Gaining Boating Experience To Get Insurance

The sun takes a harsh toll on your boat gear day after day. Learn how to protect it and help it last longer. [More] Protect Boat Gear from the Sun 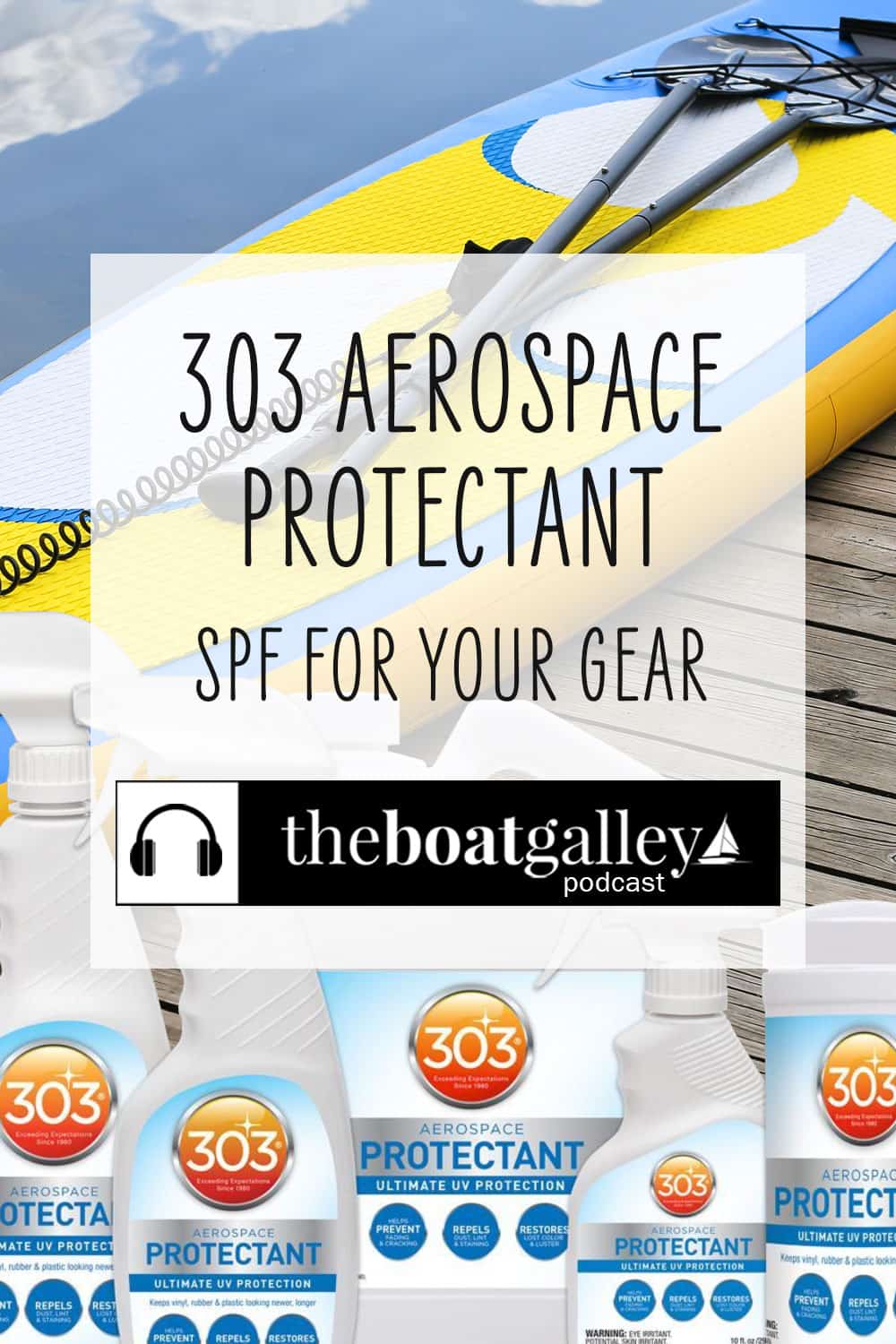