You are here: Home / Recipes / Pork Chops in Cider 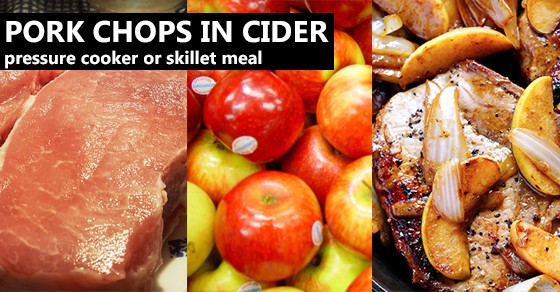 These pork chops are SO good!  Very tender and moist — easy to make, yet fancy enough for guests.

The recipe was originally written for a pressure cooker,  but you can also make it in a skillet.  It’s another one that was brought to my attention by Diane Dashevsky, aboard S/V Always $umthing.  She originally got it from ifood.tv, a recipe-sharing site.

I’ve added a bit to it, with substitutions for some of the ingredients if needed, and directions for making it not only in a pressure cooker, but also in a skillet.

4.3K Shares
Some links in this article (including all Amazon links) are affiliate links, meaning that we earn from qualifying purchases.