Regularly replacing o-rings is an important part of boat maintenance. In all of our preparations for going to the Bahamas in 2016, we missed a little thing that turned into a big problem.

What Happens When You Don’t Replace O-Rings

We never thought to check the o-rings on the deck fills for the fuel tanks. This one was deteriorating and cracking . . . and letting both rain and deck wash water into our starboard fuel tank. Actually, we did sort of check it: every time Dave fills up with diesel he takes a look at the o-ring but hasn’t actually removed it to minutely examine it.

This one looked just fine in place and even when first removed. It wasn’t until I bent it and took this photo (above) where I zoomed in closely that we could see the cracks. (We filter all the fuel as it goes into the tanks so we know we did not purchase bad fuel.)

We ended up with a “chocolate milk” mess of water emulsified in the diesel fuel. This is a sample we removed from the tank:

Good diesel fuel, by contrast, is totally clear – usually either yellow or pink in color in the US:

I won’t re-hash everything that happened, but getting that water in the tank caused us to turn around just 10 miles into a planned 80-mile trip across the Bahamas Banks (wind turned out much lighter than forecast which made sailing as we drained and changed fuel filters painfully slow).

We returned to an anchorage that we knew we could enter and anchor in under sail, although we did manage to keep the engine running just long enough. It was sputtering again as we dropped the anchor.

The Cost of Not Replacing the O-Ring

The cost of not replacing that o-ring in time?

Oh, and a day lugging 5 gallons jerry cans first of bad diesel, then of good to and from the boat, over the lifelines, and so on. Talk about exhausted!

Those o-rings? We can get 2 for about $10. They’re now part of our annual maintenance ritual . . . along with changing the ones on our water fills. 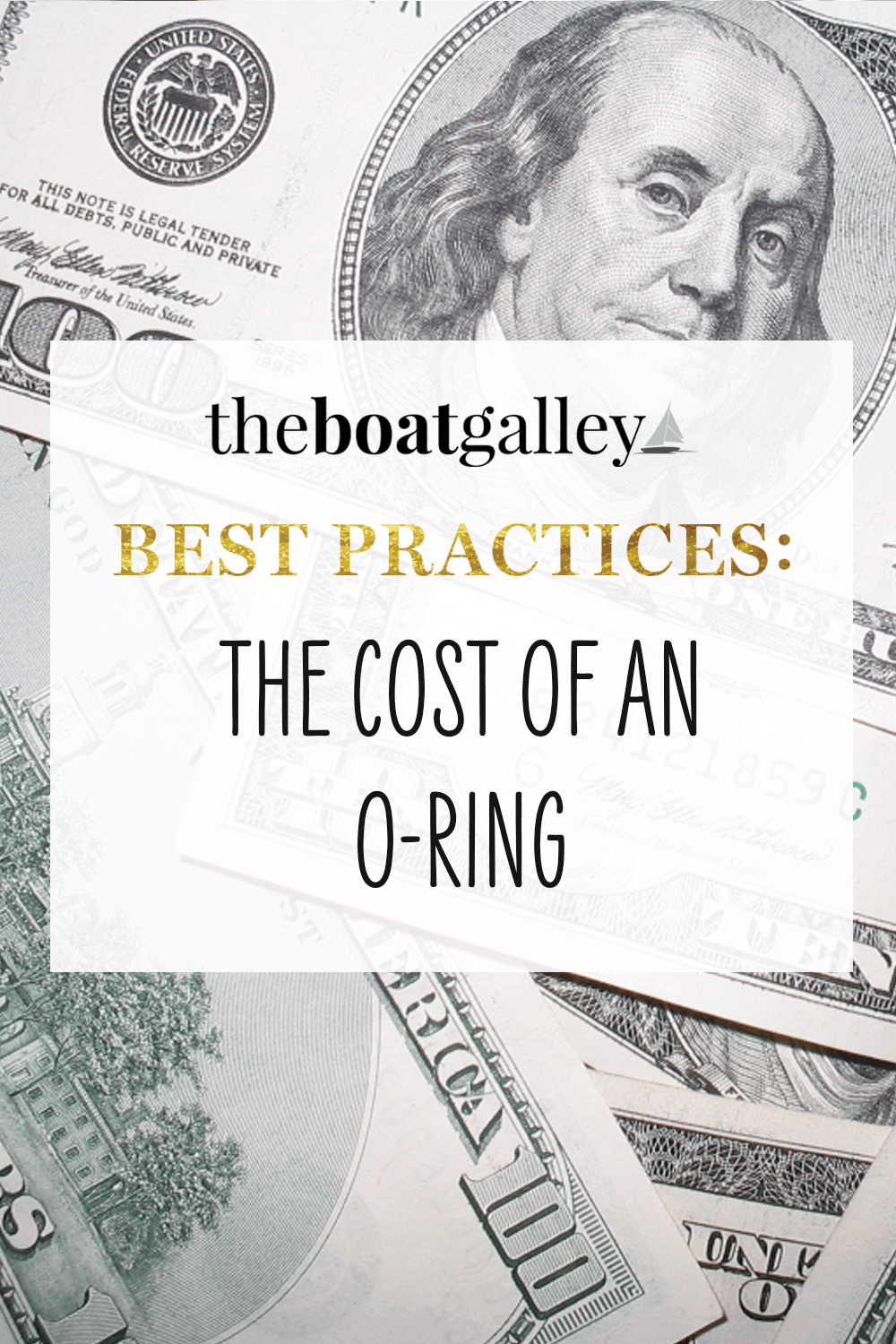 176 Shares
Some links above (including all Amazon links) are affiliate links, meaning that I earn from qualifying purchases. Learn more.

If you’ve never done it, upgrading your battery bank can be confusing. Learn what you need to make the best choice for your boat.   [More] How to Get the Battery Power You Need