You are here: Home / Food & Cooking / How to Store Celery 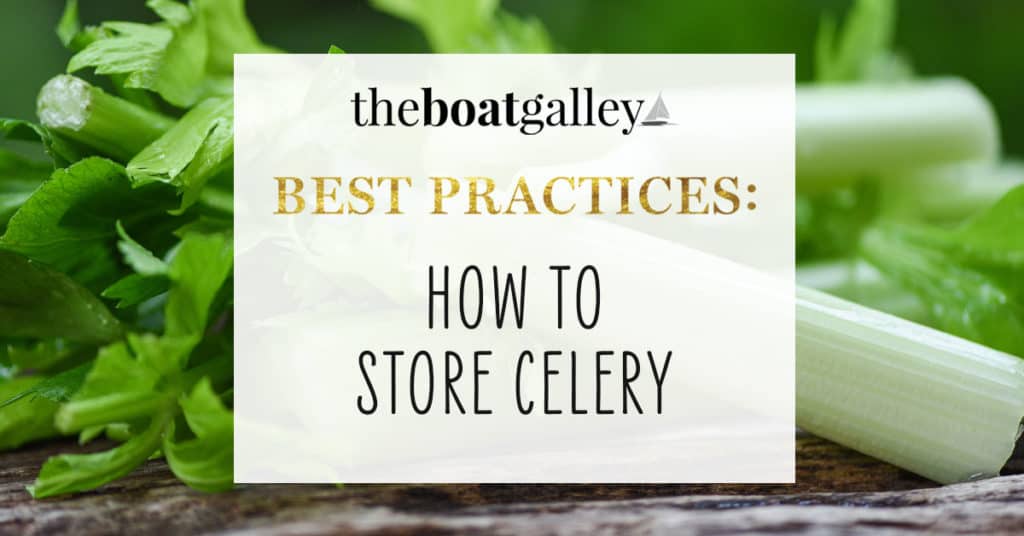 How to store celery so it stays crisp and crunchy was long a problem for me. I tried leaving the celery in the plastic bags that I bought it in, I tried green bags, I tried putting it in the refrigerator without a bag and nothing worked.

I learned that celery gets limp as it loses moisture.  And that’s why it works to put limp celery in a glass of water to re-crisp it. But, I thought, there had to be a way to store celery so it didn’t get limp in the first place.

And I finally learned how to store celery so it stays crisp and doesn’t rot: Wrap it tightly in aluminum foil. That keeps it from dehydrating and becoming limp. Leave the cut end just barely poking out of the foil — when it’s in the foil, I’ve had a problem with moisture accumulating in the foil and the celery rotting.

I’ve tried using a plastic bag instead of foil — seems to me that it would do the same thing — and for some reason it doesn’t work nearly as well.  If I leave the bag open, the celery still dries out and gets limp.  And if I close it up, I get condensation and rot.  In contrast, celery will last three weeks or more in foil.

You can also store celery this way without refrigeration. It will last one to two weeks, although the celery is more prone to dehydration and may need to be re-crisped.