You are here: Home / Buying a Boat & Gear / Where to Buy Gnatrol 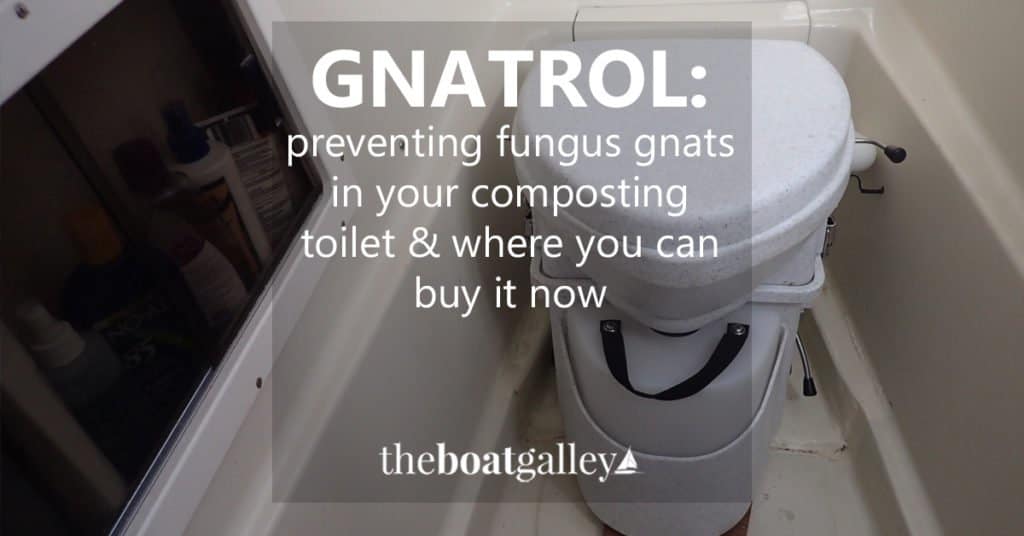 Gnatrol is the best thing we’ve discovered for eliminating bugs (specifically fungus gnats) in our composting toilet. Let’s face it, composting toilets are absolutely wonderful . . . until you get a fly infestation. So the trick is to not get one.

Gnatrol is an organic pest control that specifically targets fungus gnat larvae. And when it, we haven’t had a bug problem at all. But before we started using it, and then recently when we thought we couldn’t buy small quantities of it and tried a substitute that was supposed to be the same active ingredient, we had infestations. Since finding a new source for Gnatrol, no infestations.

NOTE: Sevin dust or liquid will also kill fungus gnats as will malathion. However, both of those are much more toxic, require special handling and should not be used indoors or near water. Gnatrol is a much better alternative.

We use 1 TABLESPOON of the Gnatrol powder in about 1-1/2 gallons of coconut coir when we change the compost. I sprinkle it dry over the top of the coconut coir, despite what the instructions say about mixing with water. Then as we crank the compost, it gets mixed in and picks up moisture.

Amazon used to sell small containers of Gnatrol but that stopped about six months ago. After getting a fungus gnat infestation just the second month of using a substitute, I was determined to find a new source (I really don’t need 16 pounds of it for $455, which is what Amazon offers). You can buy Gnatrol in small quantities in two places that I know of:

UPDATE : Organic BTI appears to be out of business.

A 2-ounce container lasted us about 10 months, changing compost roughly every three weeks.

Both offer free shipping in the US; OrganicBTI offers very inexpensive international shipping ($4 for a 2-ounce container).

This article was originally published in March 2019 and updated in February 2020.

669 Shares
Some links above (including all Amazon links) are affiliate links, meaning that I earn from qualifying purchases. Learn more.