You are here: Home / Cruising & Chartering / The Q Flag 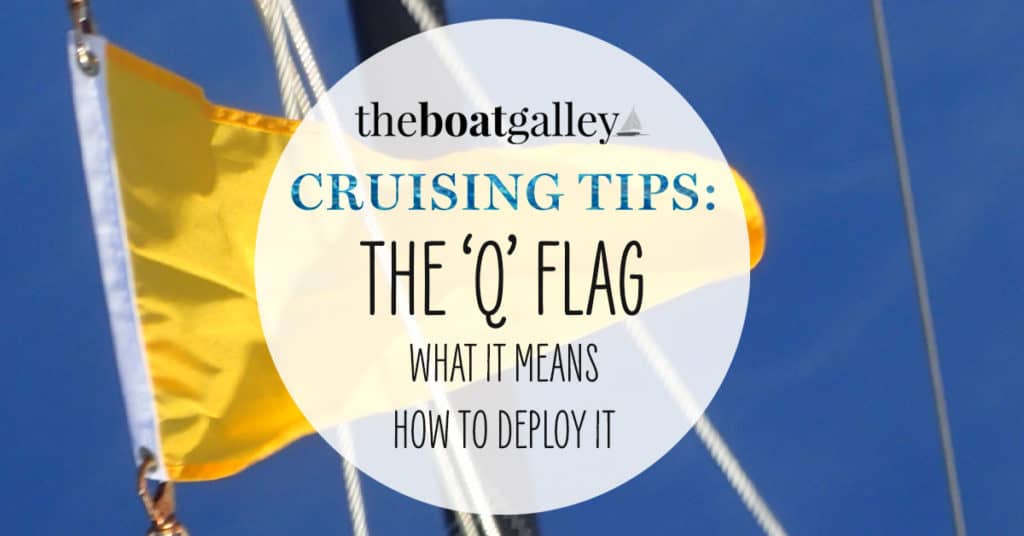 The Q flag. The symbol of a cruising dream, heading into foreign ports and adventures in new countries.

Q stands for quarantine. In this case, quarantine in that you’re a new arrival, not yet officially checked into the foreign country. In the boating world, it does not have anything to do with quarantining for illness.

I’ve seen a number of “arguments” online – each from apparently authoritative sources – with different interpretations as to exactly when and how the Q flag should be flown. The basics are the same but there are disagreements about some of the details.

Here’s my understanding, from going down the Pacific coast of Central America:

And yes, we just received our brand-spanking-new Q flag! Excitement is building as we’re starting to make plans . . . oops, I shouldn’t say plans. That’s a bad word for cruisers. We are hoping to head to the Bahamas in early March for several months.

If you sew, you can make your own Q flag pretty easily. However, I discovered that since I would only be making one flag, the supplies would cost far more than buying a Q flag. West Marine’s isn’t too outrageous, but I found one for a little less on Amazon (yes, the shipping is more than the flag, but the total is still less than others I found).

P.S. I’ve always thought that a Q flag is a great boat-warming present for would-be international cruisers, showing that you believe in their dreams!

2.1K Shares
Some links in this article (including all Amazon links) are affiliate links, meaning that we earn from qualifying purchases.