You are here: Home / Cruising & Chartering / The Cruiser’s Net 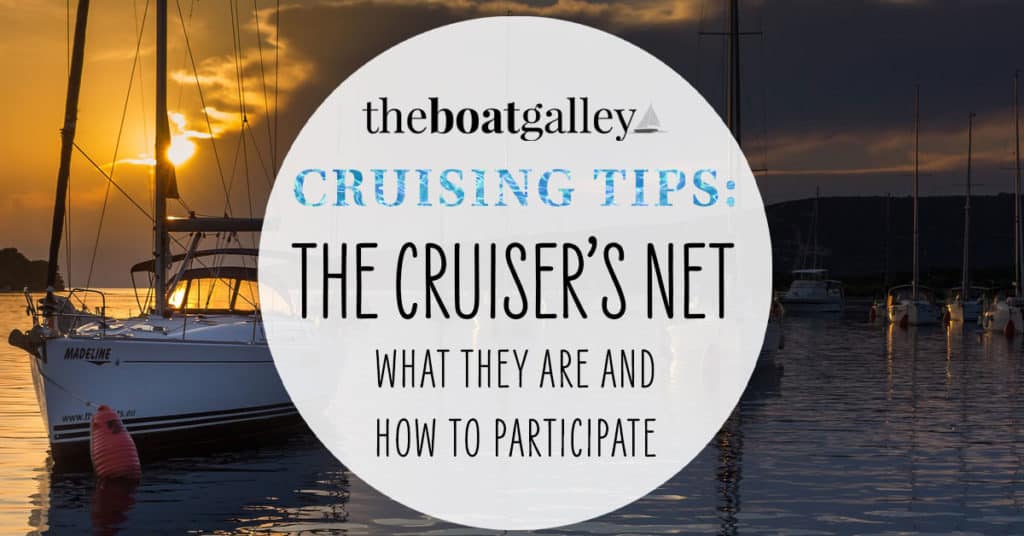 If you read much about cruising, sooner or later you’ll hear about the “cruiser’s net.” So what is it exactly and how do you join in?

Most popular cruising harbors have a local VHF net and, if you have an SSB or ham radio aboard, you’ll find them there too. Generally, they take place every day at the same time and same channel — although some ham/SSB nets have a primary frequency and one or more backups that are used when propagation changes due to season of the year or sunspot activity.

WHAT IS A NET?

Every net has its own personality, but in general they’re a way for cruisers to connect with each other, get information and help and provide the same. In places with limited internet, a weather forecast may be a prominent feature, others may focus on local knowledge in the form of “where to buy ____” and what’s happening in town, and offshore nets usually focus on checkins and helping with problems (boats, weather and medical).

By the way, don’t think that nets are just for boat owners — listen in when you’re chartering to get the local scoop!

Most nets welcome participation, so don’t feel nervous about joining in. A few notes to make your first time easier:

By far the easiest way to find out the local time and channel for VHF nets is to simply get on the VHF (Channel 16 or if you know the local hailing channel, use it) and ask. Cruising guides and Active Captain sometimes list nets but the information can be outdated.

Finding the SSB and ham nets can be a little tougher. I find Google to be the most help (“SSB nets Mexico” for example) but Facebook groups run a close second.

I never thought to record a cruiser’s net, but luckily one of my co-podcasters at Boat Radio did and it’s a pretty typical example. I wish I’d had one to listen to before we started cruising — I would have been far less intimidated by the whole idea of checking in on the net! So if you want, grab a cup of coffee (or wine or beer if a little later in the day) and listen in to the George Town, Bahamas Cruiser’s Net:

526 Shares
Some links above (including all Amazon links) are affiliate links, meaning that I earn from qualifying purchases. Learn more.