You are here: Home / Food & Cooking / Reduce Trash On A Boat 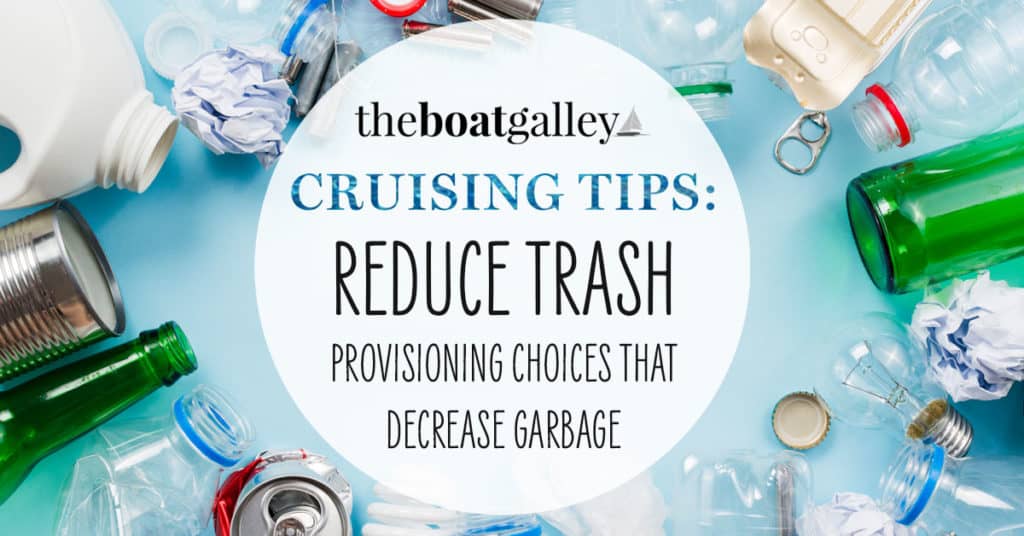 Trash can easily get out of control on a boat — there just isn’t much space for it. The best way to reduce trash on the boat is to think about the trash your provisioning choices will generate.  If you’re a beer drinker, for example, empty cans can be crushed while bottles can’t – and that’s a considerable saving in space.

The longer we have cruised, the more I have considered packaging in my provisioning choices.  I considered not just how much trash a particular item would generate, but whether I could get rid of some of that trash before we even left port – or better yet, before I even took it aboard.

Here are ten ways that I reduce the trash on our boat.

I realize that the last two suggestions may not be considered the best choice from an environmental standpoint.  Yes, we should reward manufacturers who use fewer resources (#9) and we shouldn’t create additional trash in the long run just because we don’t like how something is packaged (#10).  But the reality is that sometimes in cruising, we have to make choices based on what actually works.

1.3K Shares
Some links above (including all Amazon links) are affiliate links, meaning that I earn from qualifying purchases. Learn more.