You are here: Home / Common Problems & Concerns / Post-Hurricane Dangers in the Water 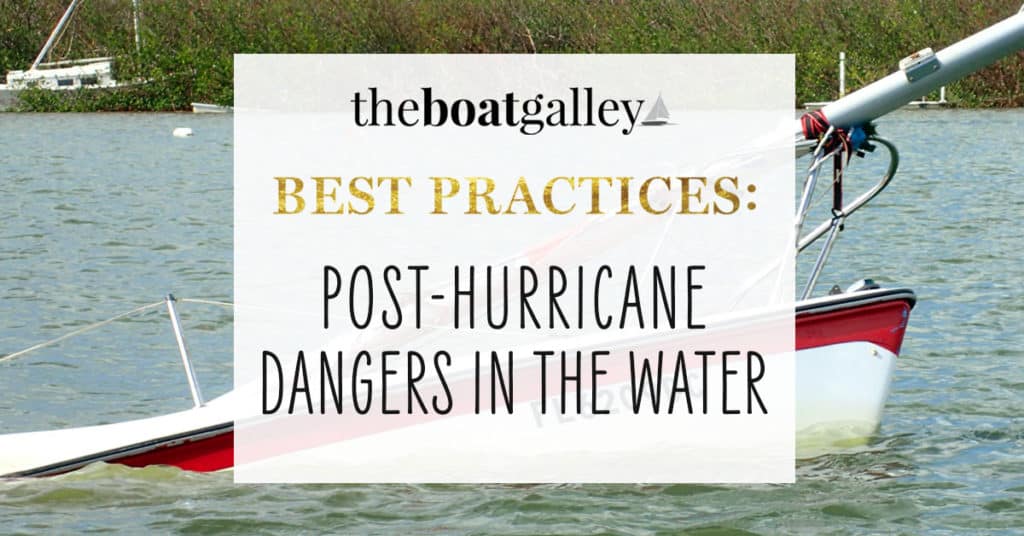 Please, please remember that the water has all sorts of “nasty stuff” in it from sunken and holed boats: diesel, gas, oil, antifreeze, battery acid, the contents of holding tanks and more. In the wake of Hurricane Irma, there are over 200 sunken or holed boats in this one harbor, each slowly oozing various liquids. Then there’s whatever may have come from houses ashore. It’s nasty on your skin, worse if you have any cuts or scrapes and potentially catastrophic if you get it in your lungs.

On Friday, one of Dave’s closest friends was diving on his boat to prepare it to be raised after sinking in Irma. He had a near-drowning and got water in his lungs. We’re lucky in the Keys – the medevac helicopters are up and running and he was quickly in a Miami ER.

Despite that, he is fighting for his life. In addition to all the “regular” complications of a near-drowning, his lungs are extremely inflamed from that toxic brew and struggling to pass oxygen to his blood. (UPDATE: He was on life support for six days and in the hospital for nearly three weeks, but “recovered.” Nearly a year later, his stamina still isn’t what it was and probably never will be, but he survived and bought an older used boat and is back living aboard.)

Then there are the other hazards post-hurricane. Sunken and damaged boats have jagged metal and rough fiberglass holes. Rigging and lines are a tangled mess, just waiting to ensnare limbs and dive tanks. Any can cause serious injuries — problems in their own right, and doubly so as the wounds occur in that nasty water.

Add in the overwhelming stress that everyone is under, and it’s easy to see how accidents happen. How a danger can be overlooked. No one is thinking at full capacity and methods for recovering boats are being improvised minute-by-minute as new issues encountered.

If you have to go into the water anywhere that boats have sunk or been holed, please be careful. Think if there is any other way to do what needs to be done. These hurricanes have been devastating enough. Let’s not have additional tragedies.

303 Shares
Some links above (including all Amazon links) are affiliate links, meaning that I earn from qualifying purchases. Learn more.