You are here: Home / Buying a Boat & Gear / Kitchen Shears 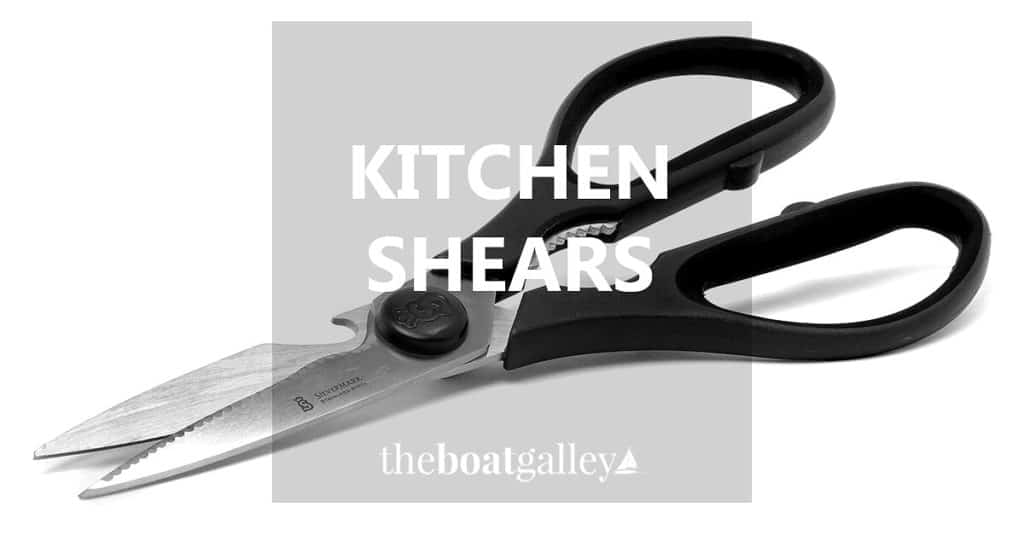 About five years ago, my sister-in-law gave me a pair of Wusthof Kitchen Shears, pictured, and I absolutely love them.  I have owned several different pairs of kitchen shears over the years and they are by far the best—and they certainly aren’t the most expensive!

(Update: Wusthof no longer makes my shears. The latest version is missing the bone notch. However, the current version is well-reviewed. There are also other shears I have not tried with similar features by Kaiking and Kitchen-Go. Both have 4 1/2 star average reviews and are under $20.)

A picture of my shears is at right, taken apart to show specific features.  A few of the reasons that I like these include:

One final note:  while these are called “kitchen shears,” they can be used on any tough materials that regular shears won’t cut.  I’ve used them to cut carpet, dinghy patches, webbing, numerous types of hoses and more.

913 Shares
Some links above (including all Amazon links) are affiliate links, meaning that I earn from qualifying purchases. Learn more.