We use shock cords for lots of things on the boat, particularly retention straps on shelves where we want to be able to easily access items but need to have them secure, too. 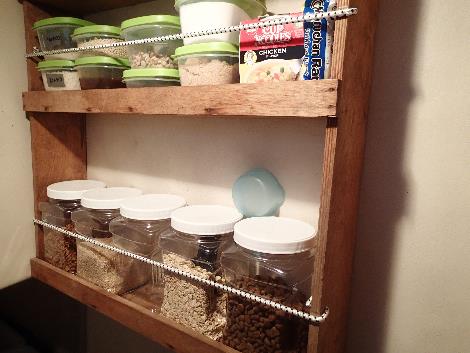 If you’ve ever worked with bulk shock cord one of the first things you learn is that it’s almost impossible to tie knots in it. Or maybe I should say that it’s hard to get knots to hold in it. You can buy plastic hooks and stoppers to use with shock cords (bungees) but they often aren’t strong enough for our purposes and either slip or break.

Instead, Dave and I use hog rings to make loops. The loops can either go around something or just serve as a stopper. 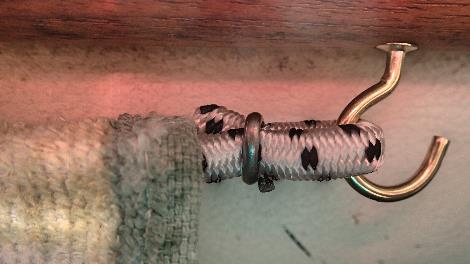 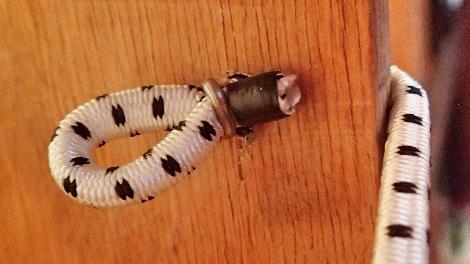 Hog rings simply pinch two thicknesses of shock cord together very tightly. The hog rings are sized for the shock cord — that is, you are supposed to use 1/4″ hog rings on 1/4″ shock cord, etc. In reality, you can use hog rings that are a size larger or smaller, so you don’t actually have to carry every possible size with you!

For boat projects, it’s best to use stainless hog rings. We buy them at Defender for the best price.

To bend them around the shock cord, you use hog ring pliers (don’t try regular pliers or needle nose — they just don’t work).

If you live in a farming community or Google for hog ring pliers, you’ll find numerous ones that are designed for farm operations. They are not what you want for boat projects. Ones that are marketed for boats, fences or auto upholstery are the ones you want.

We like these, available from Amazon (virtually identical ones are available at Defender and APS for about twice as much):

If you haven’t already, start by burning (melting) the cut end of the shock cord to keep it from reveling: 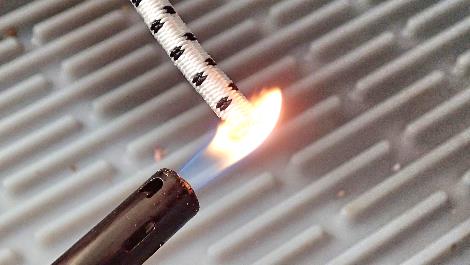 Place a hog ring in the pliers. The pliers have a groove to hold the ring and they are also spring loaded so that once you get the ring set up, you can set the pliers down while you grab the shock cord. 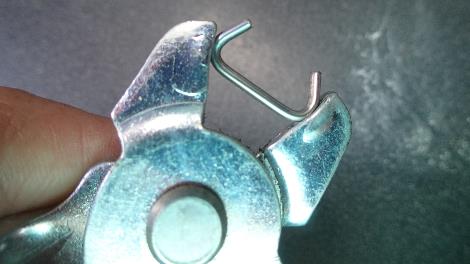 Fold the shock cord to the size you want the loop and work the hog ring over both thicknesses. Be really sure that you have the ring where you want it before you start squeezing — the rings are almost impossible to remove except by cutting one piece of the shock cord and then using regular pliers to pull the cut piece out of the hog ring. 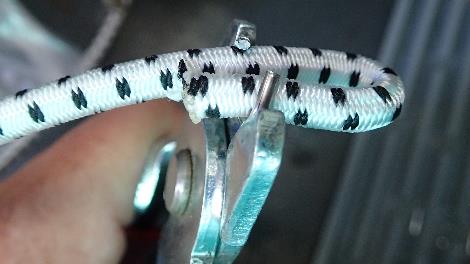 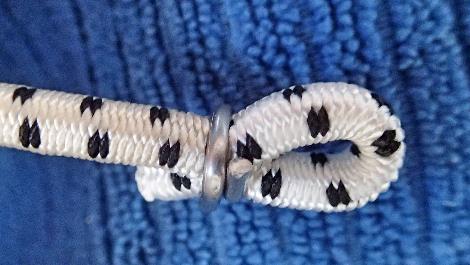 We find 1/4″ shock cord to be a pretty good size for general purposes. I buy it in 50′ and 100′ rolls on Amazon (again, the best price for just general grade shock cord).

You can get higher quality shock cord from all the marine stores for use in more critical applications.

Even the highest quality shock cord will deteriorate in sunlight. Figure on replacing “exterior” shock cord about once a year; that used inside the boat may last two to three years, depending on how often it’s pulled on and to what extent. 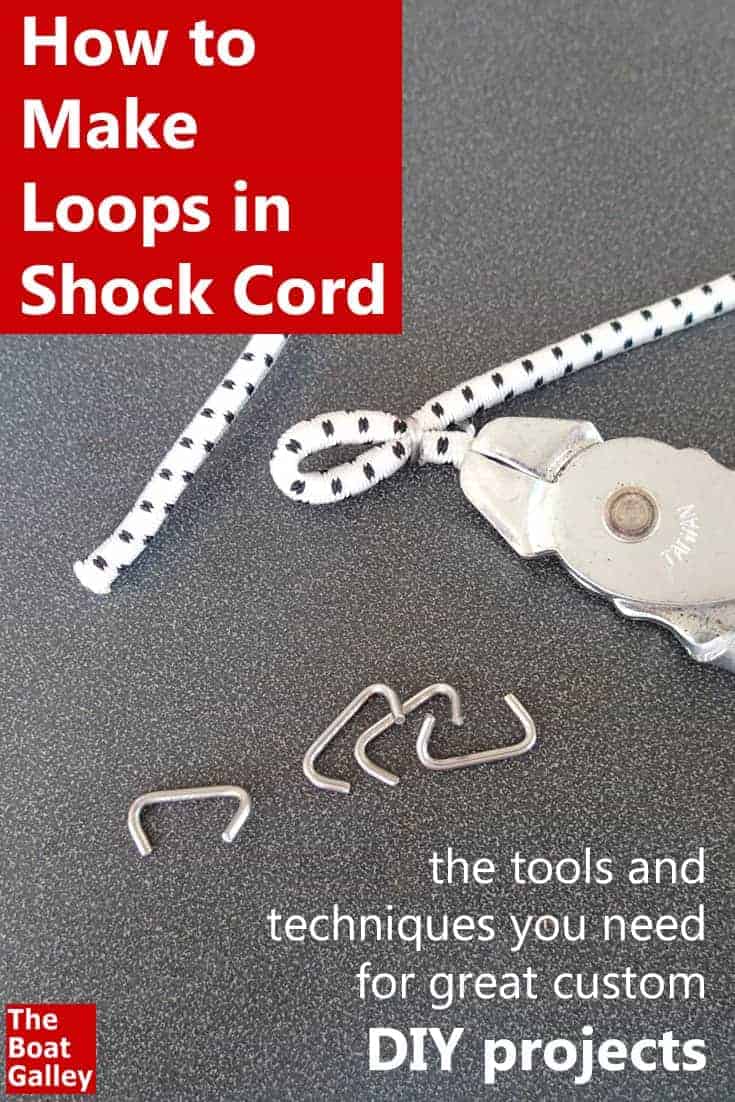 713 Shares
Some links above (including all Amazon links) are affiliate links, meaning that I earn from qualifying purchases. Learn more.

When shaping a bulkhead involved a trip to storage, ladder shenanigans, and talk of engine covers. [More] Delays Associated With Decision Creep 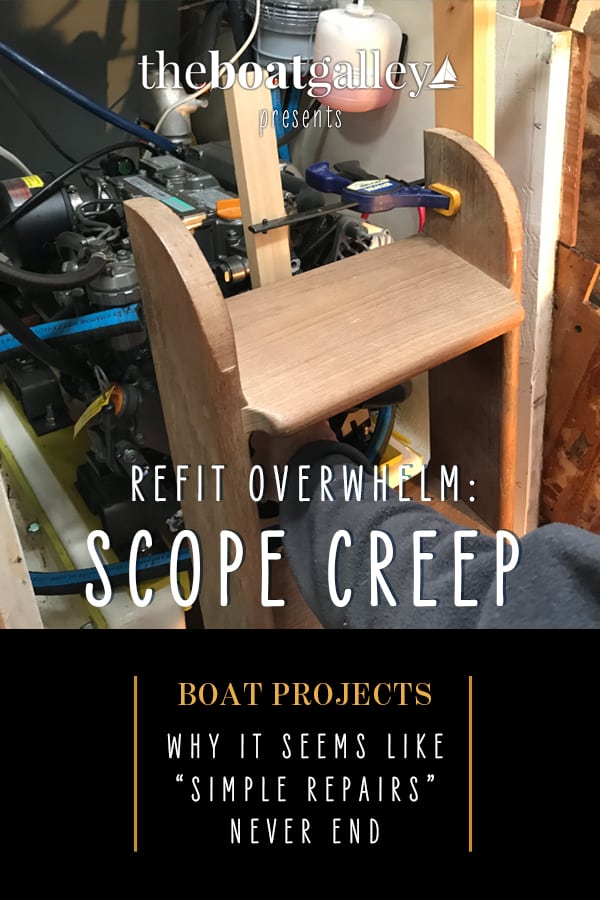