You are here: Home / Buying a Boat & Gear / A Good Surveyor: Priceless 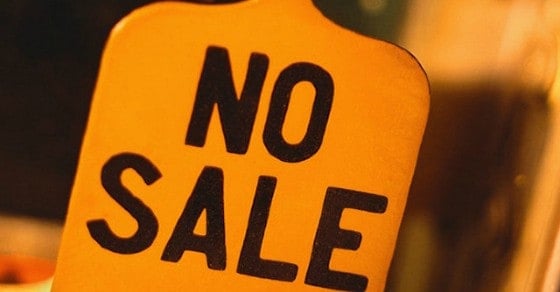 First the good/bad news: we’re not buying the boat we thought we were.

I know, that sounds like bad news.  But really, our surveyor saved us. And so it’s a good day. And we’re still looking — after all, there are other boats for sale.

We had inspected the boat to the extent we could at the dock, but we knew that we were neither catamaran experts nor trained in inspecting boats.  And so we arranged for both a regular survey and also an inspection by a diesel mechanic.

It starts adding up and we hadn’t even bought the boat!  It can be really tempting to say “hey, we don’t really need a survey; we can save all that money.”

But our surveyor found some serious structural problems with the boat and we decided not to proceed with the purchase.  While we were willing to deal with a few well-defined issues that might come up in the survey (and negotiate on the price due to them), we didn’t want a project boat that could turn into a money pit.  And that’s what the surveyor saved us from. So we don’t consider it a bad day or wasted money; he saved us from a potential nightmare.

As our surveyor said when we bought our first boat — he (or she) is the only one in the whole sale transaction who is paid by you, whether there is a sale or not.  So he’s the only one who is 100% looking out for you.  The brokers get paid if the sale goes through (and since they are paid a percentage of the selling price, it’s in their interest for the sale to go through at the highest possible price) and obviously the seller wants the sale to go through.

I posted on Facebook about the bad survey and had a couple questions about how we worked it so that we knew relatively soon about the major issues — by cutting the survey short, we saved about $600 dollars.

We talked ahead of time with the hull surveyor and asked that he check for major structural issues first.  He said that he would give us a basic report after about two hours and if he had found “deal killers” we could end the survey right there and he’d charge us $75 an hour for the time he’d spent.  It actually ended up being about 2-1/2 hours by the time we had discussed various issues with him and he had spent more time verifying the extent of some of the problems, so it was $187.50. A full survey would have taken about 8 hours and cost $612.

The engine mechanic began his survey about the same time as the hull surveyor, and as we realized that we might be facing some structural issues, we stopped him after he’d done only basic checks:  while we knew there might be a diesel issue, we didn’t want to pour more money into tracking its exact cause once we knew we had potential deal-killers in the hull and rigging. We paid for the one hour instead of the three estimated to fully check the engine.

We would recommend the surveyor we used (his name came up several times when we asked for recommendations for a surveyor in the Keys; he does travel some to other locations).  He was excellent at showing us what he was finding.

We used Catamaran Boat Yard for the haul and also used their diesel mechanic for the engine survey.  The yard has mixed reviews, with some people liking it and others not.

The basic complaints are that it is dirty, the bathrooms are less than ideal, and if you don’t have a firm quote for work the bill can add up. Yes, the yard is dirt, the bathrooms are simple but functional and there is a shower, and cruising in Mexico has taught us to get a written quote for everything and never, ever ask for someone to do something “as long as you’re doing that” without amending the quote. That said, it’s considerably cheaper than some of the other yards in the area, both for a haul/pressure wash and for storage. Further, you can live aboard and work on the boat yourself.

It is a little tricky to get in — the channel is somewhat confusingly marked and on the shallow side.  However, we felt that the yard treated us very well, helping us get in and letting us leave the boat at the dock (no extra charge) for the better part of two days since we had to get there the day before the survey and then when it went badly, had to wait while we contacted the owner to see what he wanted to do (the answer was to put the boat in the yard to do the needed bottom work and get a quote for the other repairs needed). Everyone was very friendly and helpful and, from what we could tell in our time there, skilled at their job.

Bottom line: you really don’t want to skip the survey unless you are fully qualified yourself.  There are ways to keep the costs down if it turns out to be a bad boat such as what we did with asking the surveyor to look at the potential deal killers first.  Instead of looking at it as wasted money if the survey turns up problems sufficient to keep you from buying the boat, think of it as saving you far, far more in the long run.  More likely, you won’t find deal killers but you’ll gain bargaining chips that will more than offset the cost of the survey.

A good survey is priceless.

481 Shares
Some links above (including all Amazon links) are affiliate links, meaning that I earn from qualifying purchases. Learn more.