You are here: Home / Other / Making Quick Breads Healthier 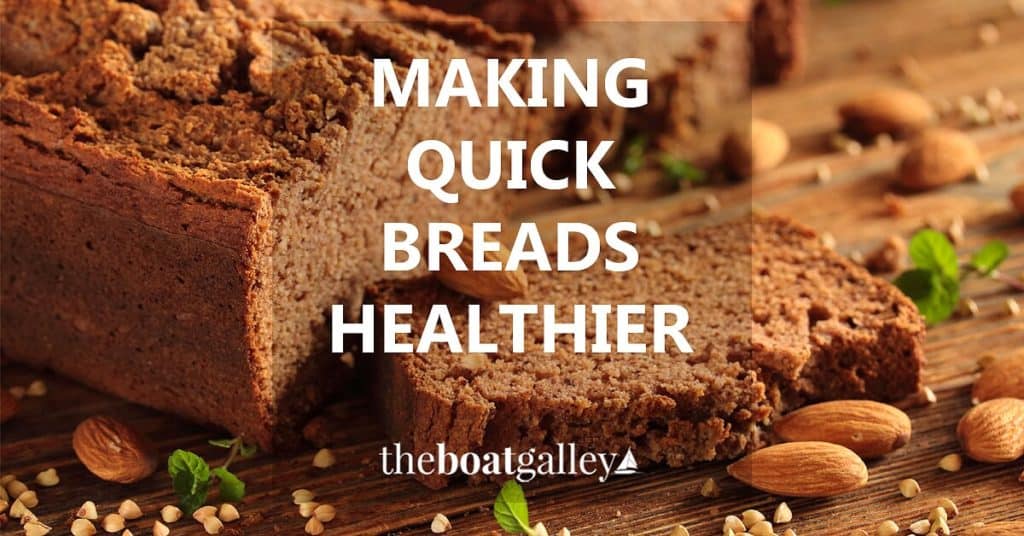 The funny thing is that when I’ve done side-by-side taste tests, people generally prefer the “healthy” versions of my recipes.  They actually have more flavor and more texture to them.  And quick breads — that is, those that use baking powder instead of yeast — are naturals for making more healthy.

The secret is not to go overboard on making a recipe healthy.  I’ve found that you need some fat, some sugar, and some salt or your bread won’t have much flavor, won’t rise properly, won’t brown and won’t be eaten.

Start by substituting unsweetened applesauce for some of the fat, and Splenda for some of the sugar.  I usually start by substituting less than half the total amount – generally, only about a quarter.  In subsequent batches, I may increase the amounts if I find the results satisfactory.  I’ve found that the results generally are not satisfactory if I try to swap the entire amount.  Also, in many foods, I have to add an extra egg (or egg white).

About a year ago, I worked to make a healthier zucchini bread, following the guidelines above.  After several progressive changes to the original recipe (see the “final” version), it was a lot healthier — and tastier.  By the numbers (both are for the same size slice):

I could make it even healthier by using 2 egg whites (or Eggbeaters) for every whole egg, which I hadn’t done in the above analysis.  That would reduce the cholesterol to virtually zero, instead of increasing it as I added another egg.

When you make changes to a recipe, though, be sure to watch the bread closely as it bakes.  It may take considerably longer or shorter — that zucchini bread that I made healthier only took about one-third as long to bake!

My experience is that there are no hard-and-fast rules in trying to make a particular quick bread recipe healthier – and still have it taste good.

392 Shares
Some links above (including all Amazon links) are affiliate links, meaning that I earn from qualifying purchases. Learn more.